This article was originally reported on in 2018 and updated in 2020.

Buzz cuts all around this season for my boys – including my husband! Several years ago my nephew got a tick bite. His dad found a tick attached to the back of his head nestled in his extremely curly hairline.

Thankfully it was removed with no complications, but many other local families have been affected by tick-borne diseases in Michigan, most likely contracted while out exploring our beautiful state. Our family spends a lot of time exploring trails, taking beach trips, camping, and sometimes just taking a good old roll down a grassy hill like Granger Meadows Park. This year my hubby and I weren’t taking any chances of ticks hiding in our kid’s hair -hence the buzz cuts.

Sometimes I wonder if I’m being an overprotective or paranoid helicopter parent but when I see maps showing the Lyme Disease risk for Michigan, I know that I’m just being a realistic parent. The good news in all this? Lyme Disease is completely preventable. You just need to practice a few easy steps.

So what is the best way to protect our kids from ticks? Black legged ticks are on the rise across much of the state, and especially West Michigan. These are the tics that can carry Lyme Disease, a disease that if left untreated, can spread to joints, the heart, and the nervous system, according to the CDC.

While this may sound scary, you should still enjoy outdoor adventures with your family, so long as you take precautionary steps.

We spoke with Erik Foster, Medical Entomologist at the Michigan State Health Department, about the tick situation in Michigan and smart moves families can make to protect themselves while still enjoying the great Michigan out of doors. “It takes 36-48 hours for Lyme disease transmission to begin,” says Erik Foster. This was news to me (and good news). If we go on a hike and I find a tick on my kid that night, I won’t freak out. Chances are, I got it in time.

There are five common ticks in Michigan, and only the black-legged tick carries Lyme Disease. The American Dog Tick does not carry it, though this is the tick that Erik says people send in the most to get tested.

Want to know which wicked tick is the trouble maker? Take a look at this pic from the State of Michigan. Or this one from the CDC of 5 ticks hiding on a poppyseed muffin. (Can you see them??) See how easily they can go undetected? The baby black-legged ticks are TINY. (Sorry–don’t let this put you off of eating poppyseed muffins!) 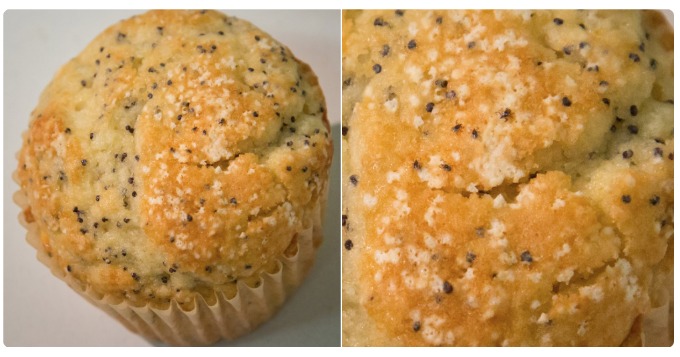 These helpful links from the State of Michigan and the CDC are full of images and information to help you protect your family from ticks and their diseases.

2 – Use Repellants When Heading Outdoors

Erik says it doesn’t matter which kind of repellant you use as much as simply using repellant. There are many options out there (Consumer Reports has a few to recommend), whether you are comfortable with DEET or want a chemical-free application.

“Read the label for the times you’re supposed to reapply it,” advises Erik. “Tics are gonna behave like ticks. They don’t care about our (repellant) preferences. They care about finding a host and feeding.”

Clothing repellants are also helpful, especially when applied to shoes and pants. “Getting those ticks off of you quickly is the most important thing to do in preventing lyme disease,” says Erik.

Daily Checklist For Outside Play 4 – Check your Pets for Ticks

While your pooch cannot transmit Lyme Disease, if he brings a tick in the house on his coat, it can attach itself to you or your kids. Area vets are recommending the tick vaccine for animals, as well as the flea and tick pill. The best tool to have is a pair of long-nosed fine tweezers. According to the State of Michigan, grasp the tick as close to the skin as possible then slowly, but firmly, pull it straight out.

The goal is to remove the entire tick, head and all. (Use your fingernails and tissue paper if tweezers are not available.) Immediately wash the bite area and your hands with soap and water then apply an antiseptic to the bite wound.

With a little awareness and caution, families can safely enjoy the phenomenal summers experienced in Michigan. After reading and researching tick prevention steps, I realize there is a lot I can do to help protect my family from tick bites. However, they are very easy and practical habits to form.

My Child Has Been Bitten by a Tick – What do I Do?

I’ll be honest, I’m a “freak-out” kind of mom if I’m not in-the-know. Being aware of these steps helps. Now if a tick bite happens to anyone around me I can be an “I-got-this” mom instead. The state’s Tick Identification Program allows residents to submit a tick for identification. This free program can be utilized in two ways:

1 – Submit a pic of the tick. They will try to ID it from the photo alone.

2 – Mail the whole tick for identification. They’ll put it under a microscope, or if it’s alive, send it for testing. Lyme Disease is caused by bacteria transmitted through a tick bite to a person or animal from an infected back-legged tick.

Lyme can be life-threatening if not treated or treated properly. But, did you know that people with Lyme can recover and live wonderfully fulfilling lives?

Myths and Facts about Lyme Disease: How Lyme Disease has Affected a Michigan Family

Suzanne Price and her husband Dan both contracted Lyme Disease in Michigan. They share their story to instill hope and awareness to Michigan families.

“After many tests and bouncing from one confused specialist to another, they all said the same,” continues Suzanne. “‘I know you are sick, but all of your results are telling me you are a healthy young man.’”

After two long and difficult years of no answers, the Prices eventually went to the Borne Clinic in Grand Rapids, where he was diagnosed with Lyme Disease.

One year after Dan was diagnosed, Suzanne started feeling ill and also tested positive for Lyme.

“Our doctor believed I was bitten as well. I went through treatment for a year and have now made a full recovery,” says Suzanne. Dan as of recent has recovered from Lyme. However, he is still suffering from the effects of his daily IV antibiotic treatments. How is that? How do two people have such different recovery times?

“I was diagnosed at 2 months with a recovery time of 1 year. Dan was diagnosed 2 years in. He has suffered much more and is only recently recovering from the damage of Lyme and Lyme treatment.”

Lyme Disease may have impacted both of them, but the Prices still enjoy adventuring – only this time, with a plan.

“I used to be scared of DEET in repellent. Now, I’m much more concerned about ticks,” says Suzanne. “We love the outdoors, hiking, and walks, and we now layer on the bug repellent, wear socks, and long pants.”

The Price family has been slowed down a lot during this process. “But that’s not all bad,” adds Suzanne. “However, Lyme has changed us.” They are now re-discovering how their family best functions in their new season of recovery.

If you know someone with Lyme, you can be a support to families by “letting them know you care,” says Suzanne. “It’s an incredibly awful disease that you can’t see from the outside. This often leaves those struggling with Lyme to feel alone.”

How can we practically express we are here for people dealing with Lyme and show we care? “Take them some food, sit with them, sweep their floors, play with their kids.” suggests Price. Families Can Have Fun Exploring This Summer

Summers in Michigan are famous. After all, Tim Allen sold it so lovely all over the country with his low and calming voice. I can hear him now saying, “Who can resist long walks on the beach, building a rock memorial on Mackinac Island, riding bikes till the sun goes down, and playing in your backyards until your mom calls you in for the night.” We just need him to add, “And don’t forget to check your clothes for ticks, then hop right into the shower.”

Let’s not wait till “The Tool Man” tells us to do it. Let’s take action on our own and have an amazing summer of exploring West Michigan!

See you out on the trails – deet in tow. How To Have an Awesome Lansing Summer

Lansing Summer Things to Do for Families

Welcome to your Lansing Summer Fun Hub! If you want to get out of the house throughout the summer, use […]